It was just the other day when I came across a documentary by Keith Allen filming James Harries who is now known as Lauren Harries. Does the name ring a bell to you? 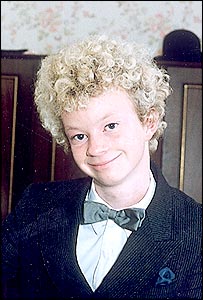 He was the 80s/90s child prodigy who claimed to know about Antiques. He had thick, curly blonde hair and always wore a dicky bow tie. I'll post a picture of him as a young boy, I'm sure you'll remember him when you see him.
Back to the documentary. James is now Lauren after a sex reassignment operation. I actually think she still seems confused and delirious. In fact the whole family are living in a world of fantasy, delirious, disfunctional and delusion.
All the way through I kept an open mind, in a way, I kind of felt sorry for them. All those years ago, Mark and Kate must have been really desperate to push their youngest son into the limelight forging a claim that he could do antiquing at such a tender age.
I thought it was good that Lauren had counselling during the treatment but when it revealed that her own mother was the counsellor under a different name was morally wrong! Going through something so challenging and difficult like this is hard enough without having someone claiming to be qualified being so involved. Someone having this type of treatment requires proper qualified counselling as it is life changing and is a huge process to go through.
I personally don't have a problem with people having gender reassignment surgery/treatment, we can't help how we feel or think about ourselves. I have seen/heard people hurling abuse at people in this situation (not sure if it is right to say situation or not) and it is slightly upsetting. How would they feel if it was the other way round, there isn't anything wrong with becoming the opposite sex. I take each person as they are, not what they are.
In any situation, I always try to see it from all sides by placing myself in other people's shoes as such. I tried to do that with watching this documentary. That is why I kind of felt sorry for the Harries family as they've endured stones thrown at their windows, they've been physically attacked and on the film, it even shows passer-bys hurling abuse from in their cars. No one deserves that no matter what they have done or doing!
After watching it, I felt a bit disturbed a little, possibly more uncomfortable than disturbed. It opens your eyes at how people live, and how things can affect us all in different ways. In a way, I'm not surprised that Keith Allen told them truths and went off on one at the end, I honestly don't think I could have pretended to act as if their behaviour was normal or what we perceive as normal as long as he did.
If and when you watch the documentary, try to keep an open mind. Although you may not have an open mind at the end of it.

Popular posts from this blog

Hi peeps,
So it’s been ten years since I had my wrist fused and the journey has certainly not been easy or pretty from the word go!! I’m going to share with you the story of what I have been through from before the surgery and the time since. I can’t remember certain things but I can remember most of it all.  Growing up; I was used to getting injuries, different pains, and various dislocations so at first, I just thought it was another thing like usual when I started getting pain in my left hand. It caused a bit of pain when I moved my little finger but it wasn’t dislocated or broken. I preservered with it for a bit before I decided to get it checked out. Some time later; I was referred to a local orthopaedic surgeon who I had seen many times over the years so he knew me. As usual, he had X-rays done and said ‘I’m referring you to Wrightington Hospital. I don’t want to perform surgery on you with you having EDS, but they’re more specialist than I am.’ So I agreed.

This was about seven m…
Read more 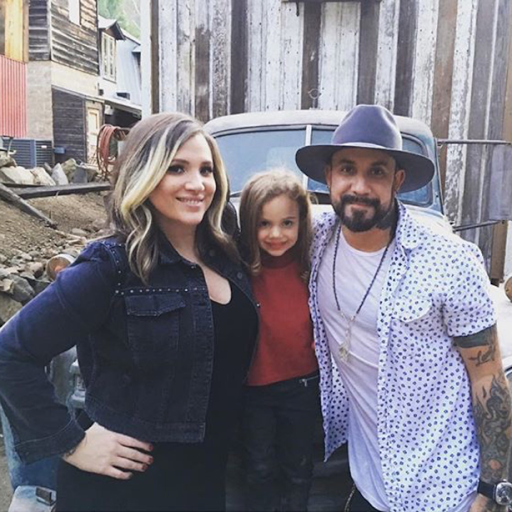 Hey peeps!!
This is just a quick post to say how happy and excited I am for my favourite Backstreet Boys' member; AJ McLean and his beautiful wife; Rochelle. She gave birth to their second daughter yesterday (Sunday 19th March 2017). So I'd like to welcome baby Lyric Deanna McLean to this crazy, exciting and big world.  I will admit I was a bit shocked at the name 'Lyric' because it's not really a proper name but I like it and I think she will suit being called 'Lyric'. I can't wait to see a picture of her and some pics of her with mammy, daddy and big sister Ava 😀  I can't imagine how excited Ava Jaymes must be but I'm sure she will be a wonderful big sister to Lyric. Here's a photo of Ava with her mammy and daddy...
All the best to the lovely McLean family and enjoy being a family of four, lots of love.  Anyway enough from me for now and I shall see you all in my next post ❤xxx
Read more